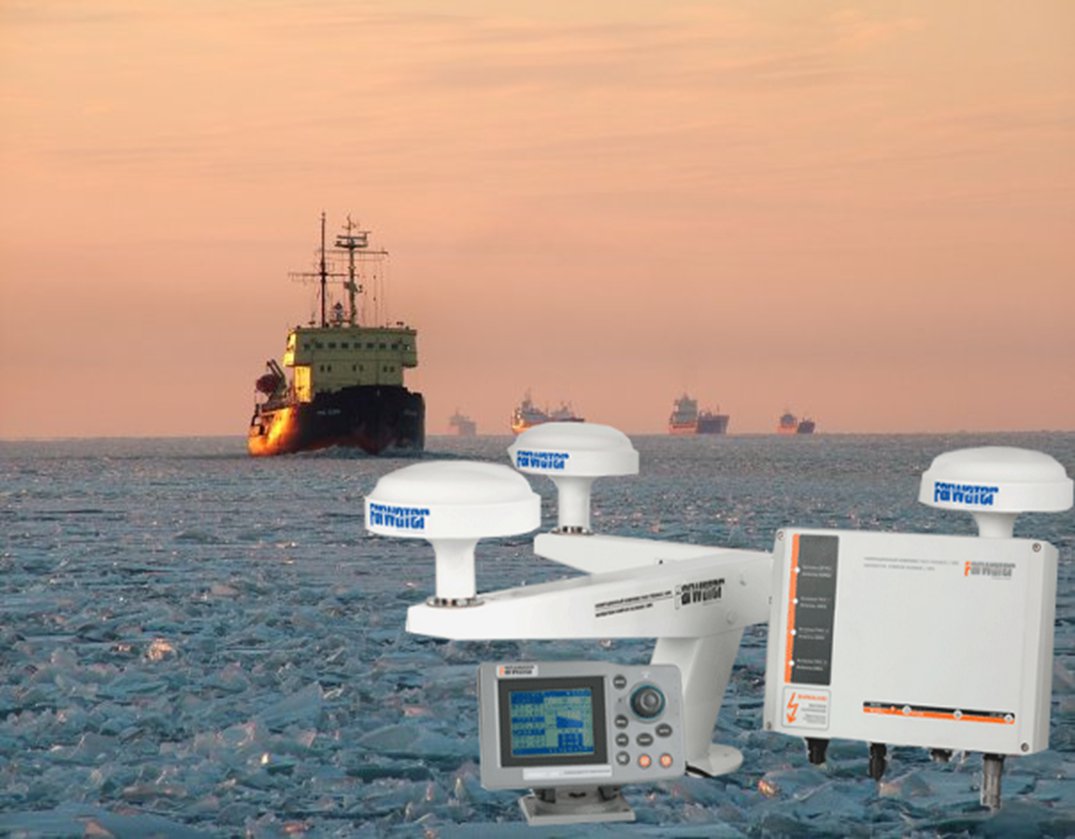 Principally new sensors for the 3D orientation can be created with the developing of the precession satellite technologies. Such systems received the name “Satellite Compass”. This technology is based on the definition of the mutual position of the axis of the co-ordinate system connected to the object and the horizontal co-ordinate system with the help of the specific GNSS signals processing. The following is used to implement this solution: minimum 2 GNSS antennas, GNSS receivers measuring the complete carrier phase, inbuilt software providing precession navigation algorithms and object space orientation parameters in real time mode.

The accuracy of the orientation depends on the antenna system configuration. The bigger distance between antennas – the better the accuracy. Average accuracy is defined by the formula: 0,2 gr./L – for the course, 0,4 gr./L – for the list/roll or trim. L is the length of the projection of the line between the phase centers of the receiving GNSS antennas to the appropriate plane (plane of the corresponding angle declination).

Satellite Compass is deprived of the whole range of defects typical for the traditional course pointing devices (inertial error, deviation), it has very small wake-up time for the cold start, its accuracy is the same in any point of the Globe (even in high latitude area), it is rather cheap and it doesn’t require exploitation expenses. That’s why it’s widely used like a main course pointing device at the vessels.

Our technology is implemented in the vessel equipment “Farwater” RK-2106 and “Farwater” RK-2306 manufactured by the company Radiocomplex. This equipment is officially type approved by the appropriate Government departments in Russia and it’s widely used by the Russian vessels.

To make it possible to be used for any other application or for the integration in any other system we offer compact and cheap solution which is the hardware/software unit with 2 or 3 GNSS antennas (Farwater- K2 and Farwater-K3). Units are interfaced with the terminal program “Satellite Compass”.